In Praise of the Amateur Boat Builder

Building a boat can be a daunting task. Whether one wants a small project such as a dinghy or a large yacht, it takes careful planing and determination. Building a boat can also be one of the most rewarding achievements for anyone to do. You will be challenged, your body will hurt, some days you might be frustrated, but the rewards are great.  For example, taking your child for a row or sail in a dinghy you built to setting sail on your first cruise in your cruising boat. Or maybe you will be setting off on a race campaign in that go fast sailboat you built.

I have seen a quite a few projects end unfinished. The causes are many; money,
health,  lack of desire.  Building a boat should not be taken lightly. It is a big commitment.
I am happy to say I have seen many projects end in success.  Some of them have been funky character boats, well found cruising boats, to works of art wood boats.

I have seen amateur built boats where the builder has made serious mistakes in construction and design changes or not applying ABYC and other professional standards. But I want to concentrate on the positive side of amateur building and how, if done correctly, an amateur can achieve a boat of professional quality.

My father Howdy Bailey, was an amateur builder in 1970 when he built his first boat, a 50' ferro cement ketch. He cruised on this boat for ten years and over 70,000 miles. He sold the boat in 1984 and is still owned by that buyer and is in very good condition. In 1984 my father, an experienced pipe fitter and metal worker,started building boats professionally after building a few metal boats to fund the cruising kitty.

Yacht designer Dudley Dix refers to himself as an amateur builder even though he has quite a few boats under his belt now. One of my favorite designs of Dudley's is his Didi 38,  Black Cat, that he built and has raced in the Cape To Rio race. Reuel Parker, like my father, built a ferro cement sailboat that he cruised from the west coast to the east coast and through the Caribbean. Reuel later became a professional yacht designer and builder. Reuel has built many cold molded boats inspired by traditional designs built with modern materials. Metal boat designers Tom Colvin and Merritt Walters have built their own boats. Merritt Walters later went on to build charter boats of his designs professionally.  Multihull designers Jim Brown and John Marples, both have built boats for themselves.

My father was contacted by someone interested in building his first boat. The design was one that we were getting ready to build at the yard. A 55' sailboat designed by William Frank. The builder had never built a boat before and was wanting to hire my father and some of our crew to mentor him.  The builder and a friend built the boat with the interior and wood deck houses being constructed by his father. The result is Camaraderie was one of the  beautiful boats I have ever seen constructed by an amateur. To see a video of Camaraderie's sister ship Pasha built by Howdy Bailey click here: https://www.youtube.com/watch?v=uKLxYSPkulI 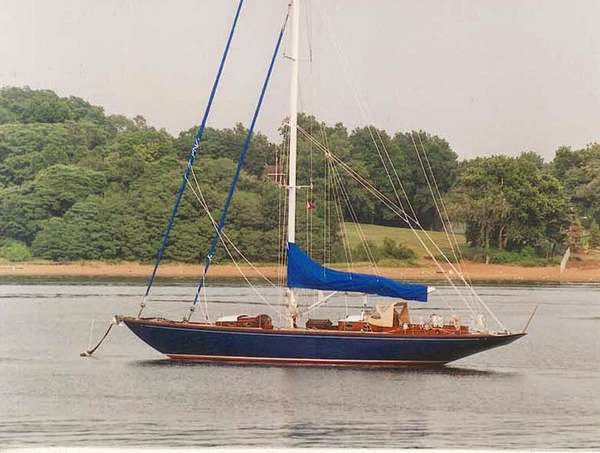 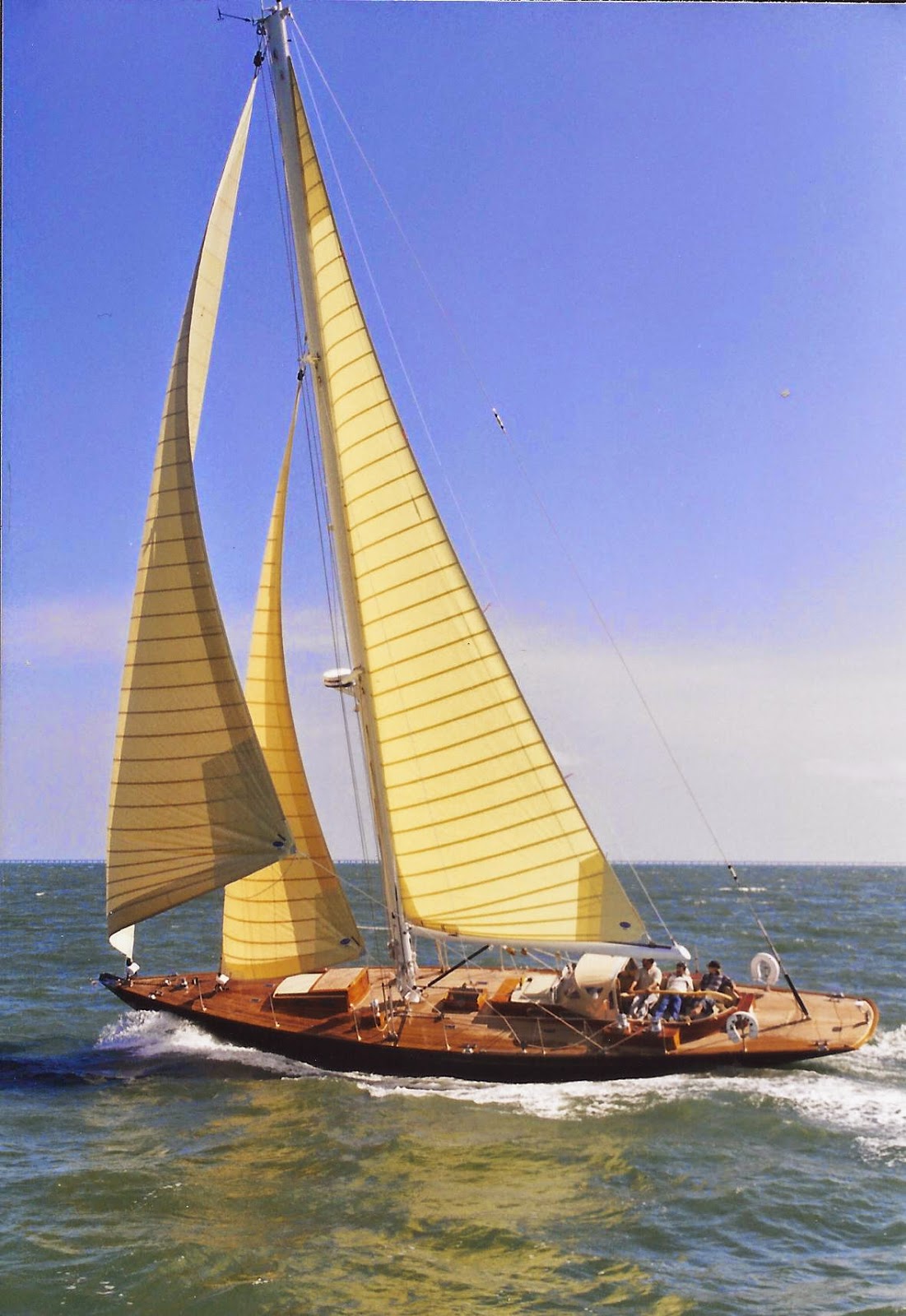 I recently surveyed a steel sailboat, a Dudley Dix designed, Vickers 46. The boat was built in South Africa on a farm miles away from water. The boat was built by an experienced metal worker and his wife. They knew little about boats or how to build a one. Even though he knew about working with metal, he had to teach himself about wood working to build the interior. The result is a boat that appears was built at a professional's yard. Occasionally I do come across boats like this and it makes me smile. Are we seeing the start of a new carrier for this builder now that he has sold his beloved cruising boat? 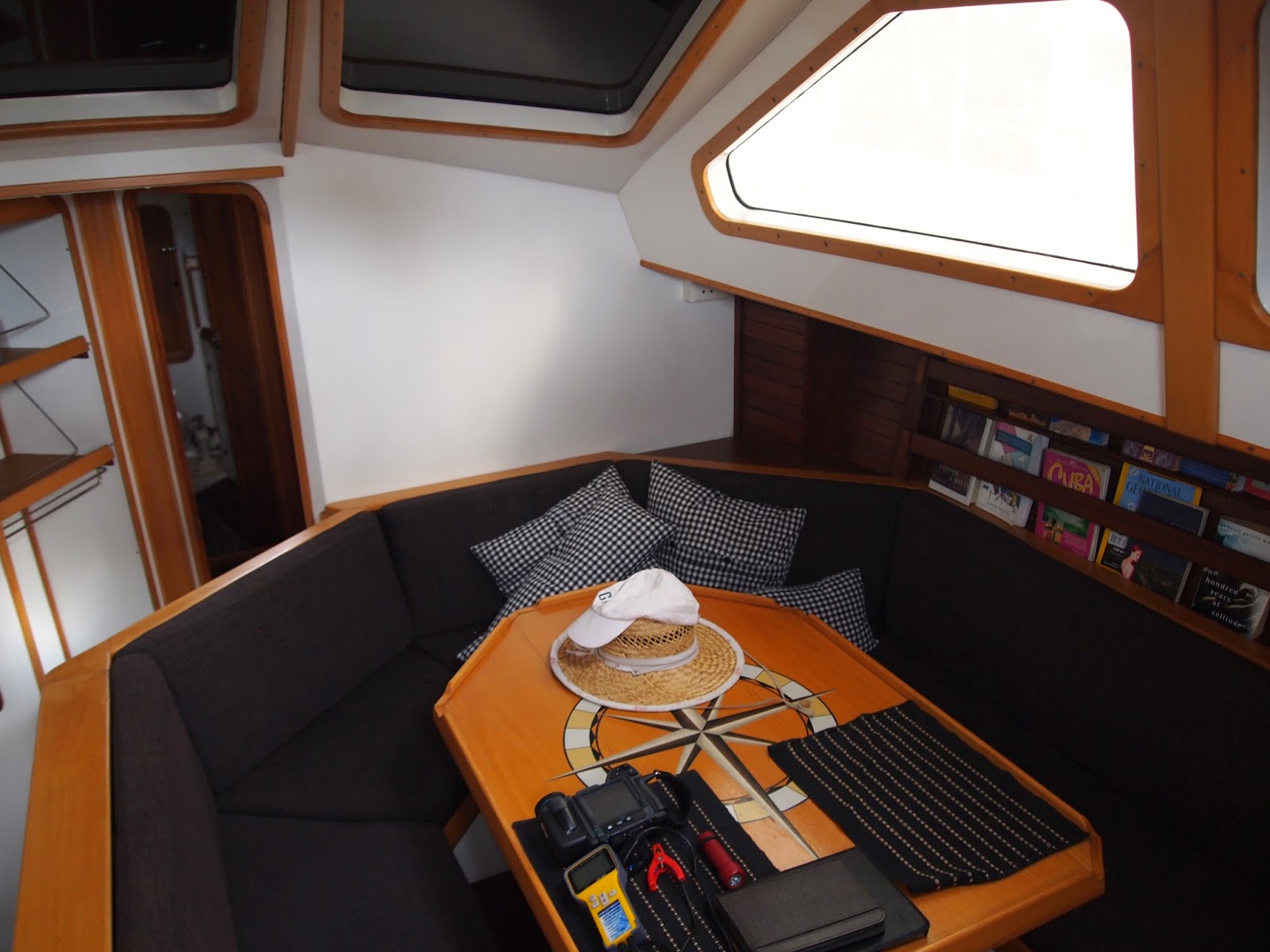 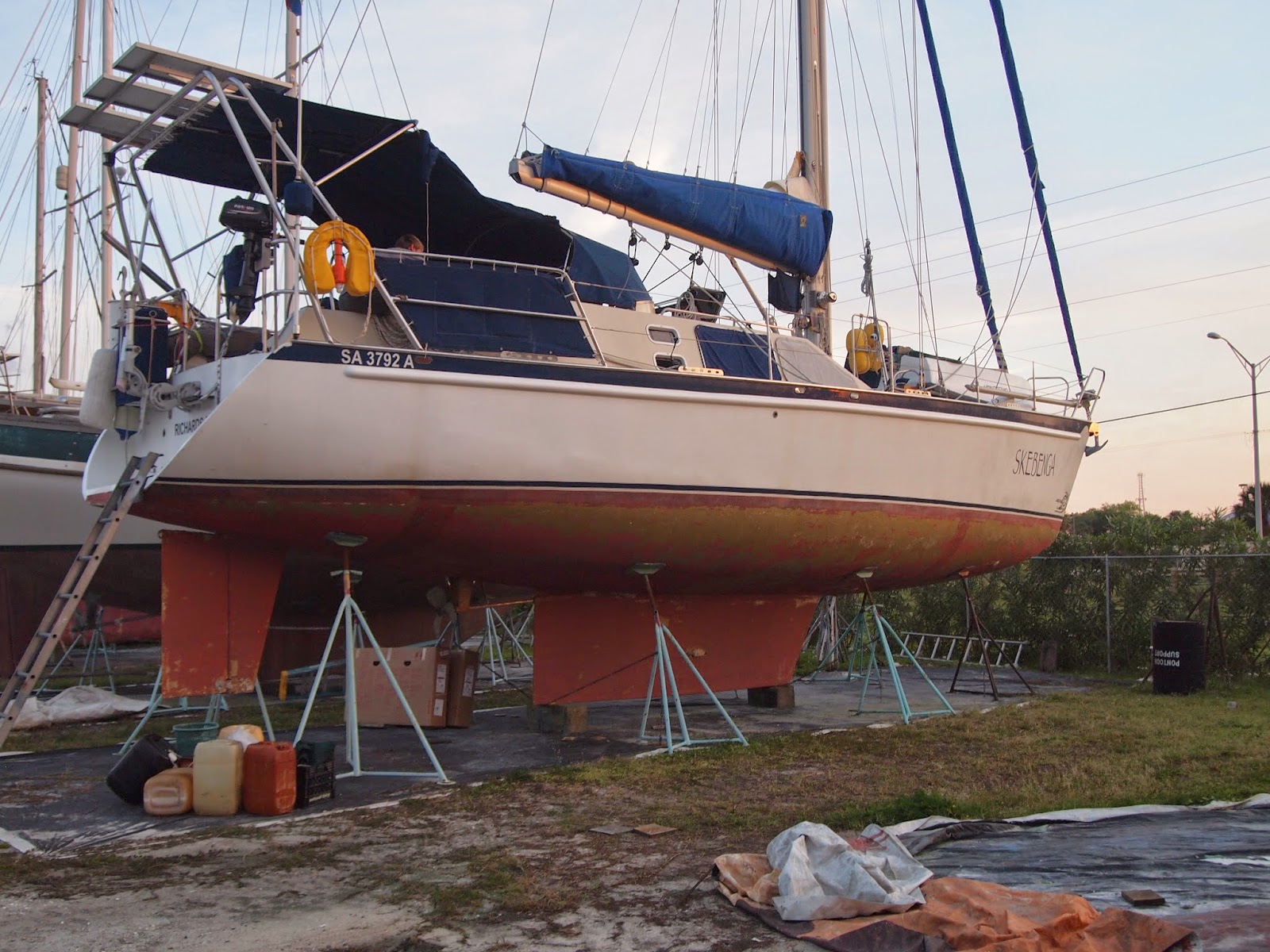 I know of another amateur builder I met at the Metal Boat Festival and then again at IBEX. He is a black smith by trade. He is building a Dix 43 aluminum pilot house design in Tennessee. He has approached this project on a professional level. I look forward to seeing it in person one day. Here is a link to his  blog: http://www.odysseyyachts.com

Last winter I  surveyed a Marples designed trimaran. The boat was built by amateurs with the input of the designer, John Marples. I could not see any signs that this boat was an amateur build. I have seen other multihull projects like this one and I applaud the builders. 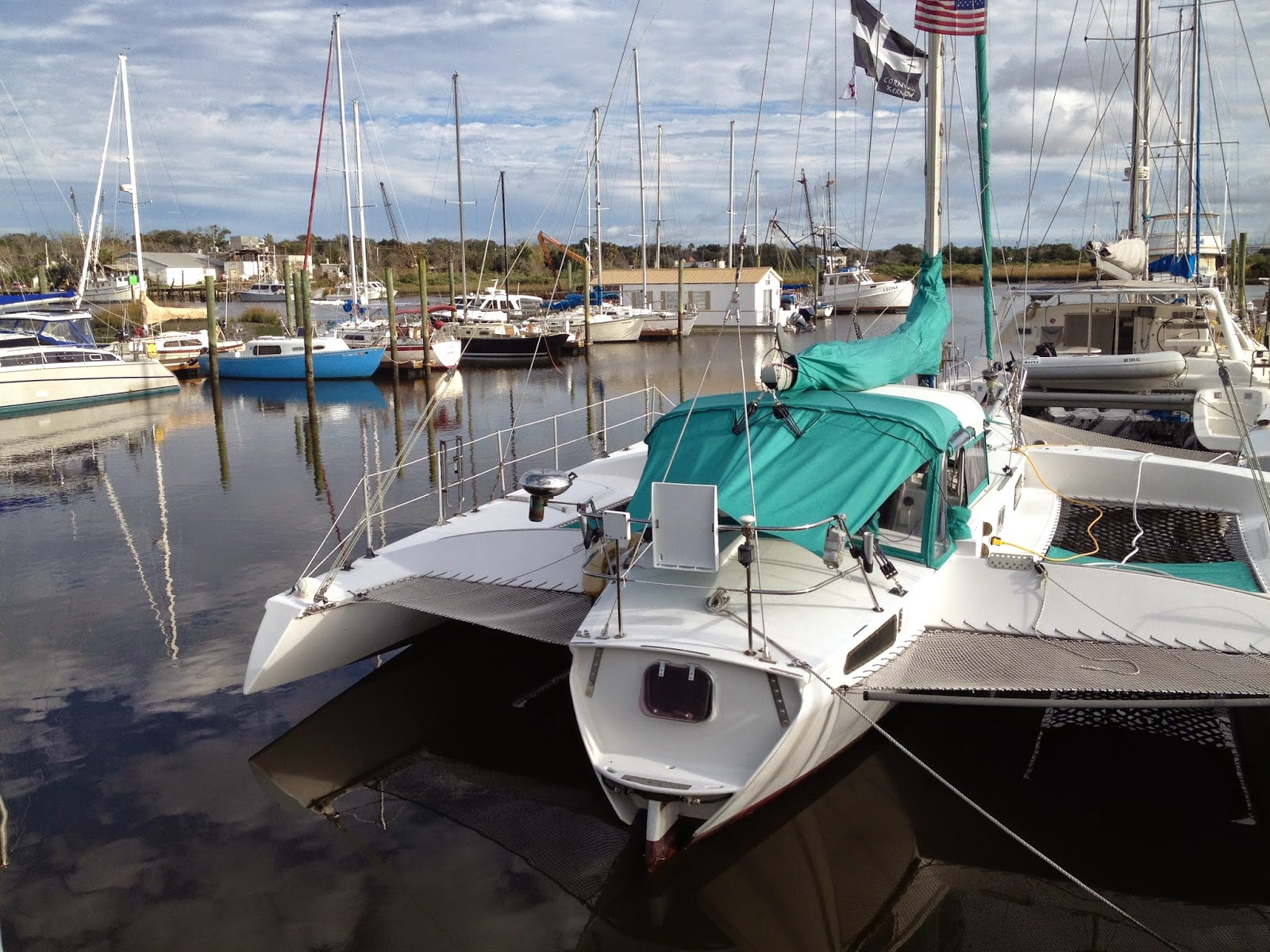 Every spring I conduct the haul out on a Crocker 38 cutter skippered by a friend of mine. Every year I sand and paint the hull topsides and marvel at the construction of this yacht. I have been told she was built by a custom home builder in a shop on his property. I have been told this was not his first boat, I wonder is he still continuing with this hobby? 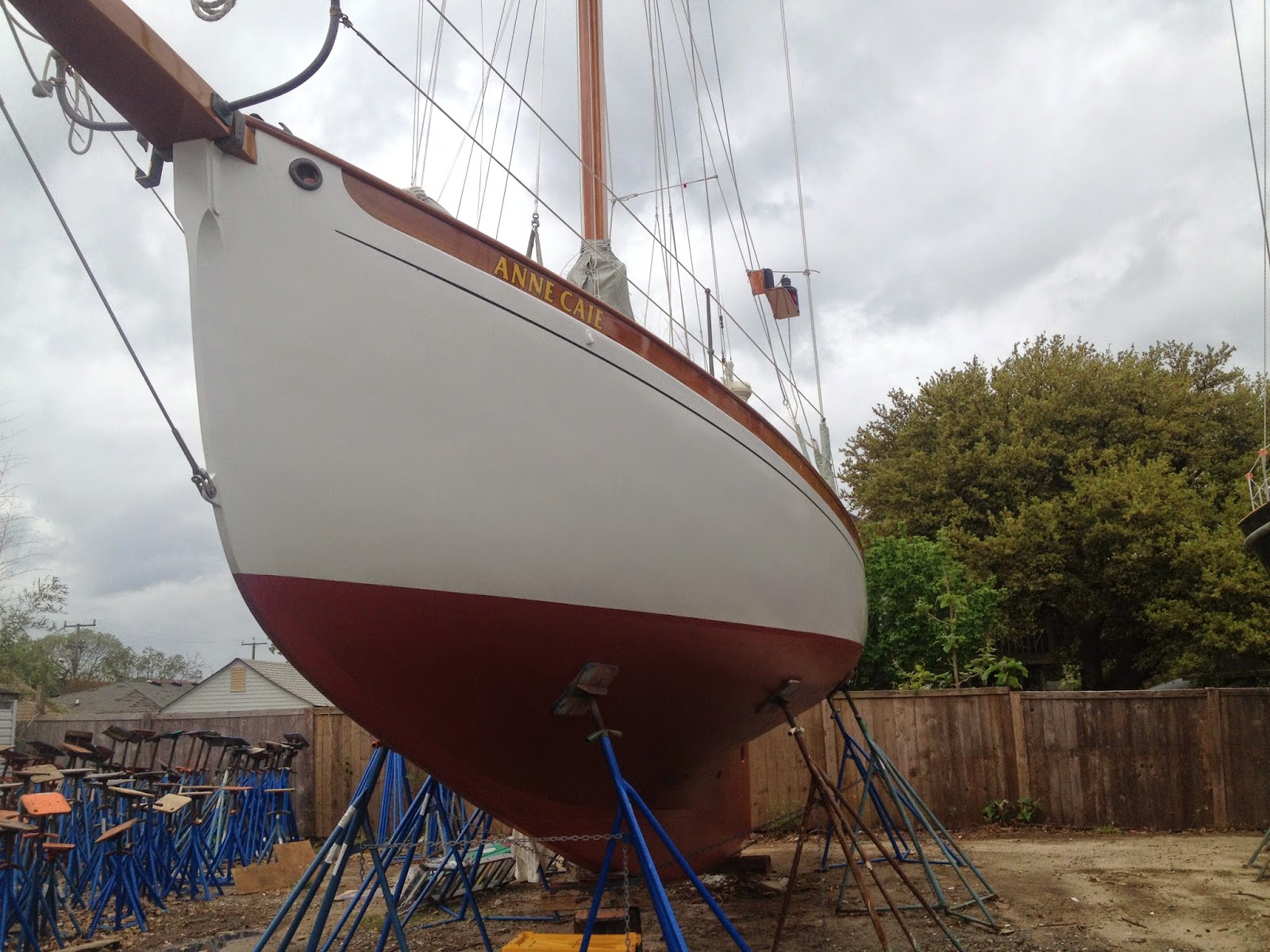 These are examples of amateur builders who have gone beyond just building a boat and have achieved boats of professional quality and . There are plenty of boats that been built and are being built that are attractive and well built. There are great boats built by the members of the metal boat society, and other boat building groups. Two that come to mind are have been built by the previous  president and the current president of the Metal Boat Society. There are plenty of projects being built out there by families. Like a Robert's Spray of ply and epoxy construction being built by a father and son. The father is in his 90s. Now that is inspirational!

No matter what level of finish or what size of boat you building. Follow the designers plans, if wanting to make changes, give them a call. I would like to end this with some suggestions. Learn all you can about the type of construction you will be using.  Hire a professional to mentor you. Hire a marine surveyor to inspect the construction and systems. It helps if the surveyor has a back ground in boat building.
Most of all, have fun!

IR image of my steel boat 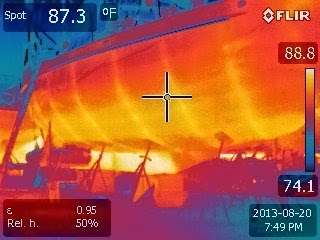